Showing posts from July, 2016
Show all

July 28, 2016
Outstanding speech by Hilary Clinton. I hope her inclusive vision becomes triumphant over Trump's exclusivity and fear based propaganda. The following quote from Hilary's speech I found to stay with me for a long time: "Though we may not live to see the glory, as the song from the musical Hamilton goes, "let us gladly join the fight." Let our legacy be about "planting seeds in a garden you never get to see." That's why we're here...not just in this hall, but on this Earth."  Beautifully said!
Post a Comment
Read more

July 28, 2016
Some of the speeches at Democratic National Convention were inspiring. Here are my late night thought before falling into sleep: In the end, the decency, generosity and compassion of Americans I have personally known about will swipe away the despicable bigotry and intolerance of demagogue based politics. Also, loved reading a GQ article tonight. One memorable segment about Obama's legendary legacy in history I found to be eloquently stated: "This year’s carnival election, with Trump as a kind of debauched circus barker, only makes the distinction clearer. The absurdity and car-crash spectacle of it all have already lent Obama an out-of-time quality, as if he were a creature from another, loftier century. Whatever happens next, I feel this in my bones: We’ll look back at history, hopefully when we’re zooming down the Barack Obama Hyperloop Transport System, and think: That man was rare. And we were damn lucky to have him." Link to GQ article:  http://www.gq.com/story/obam
Post a Comment
Read more

Does Reading Fiction Make You a Better Person?

July 23, 2016
Reading fiction, especially literary fiction, makes one feels more empathy toward others more than any other forms of writing. A good quote from Sarah Kaplan's article , "When we read about other people, we can imagine ourselves into their position and we can imagine it's like being that person, ....That enables us to better understand people, better cooperate with them." And that also helps lessening the heartless stereotyping of anyone. Gotta read more good fictions! Link to Sarah Kaplan's The Washington Post article: Does Reading Fiction Make You a Better Person?
Post a Comment
Read more

Pray for Bangladesh, Pray for Humanity 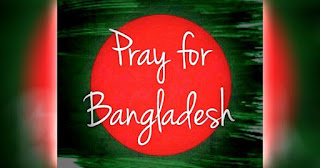 Words have meaning As do sentences Weaved by cacophonous words Our languages Dialects like the colorful butterfly Fluttering wings Spread over the fragrant flowers And vibrant leaves of summer Our tears have roots Like the tree of knowledge Curved into the depth Of abyss Crisscrossing mushy mud, pebbles and stones As if a meteorite striking Past the twinkling star Bones tremble Like the rattling train engine Our words and tears Put a wrapper on our numb agonies Witnessing the vibrant leaves, Colorful flowers wither away Even the sunny summer and sprinkling rain Could not hold back their gloomy demise One day We will depart This world of immeasurable grace And allure that the singing birds Praise in every dawn and dusk All the stones will remain As the mushy mud and the pebbles In sandy beach will be washed Again and again by ever salty ocean Our simple hopes and aching love Our cowering fear and muddy rage
Post a Comment
Read more
More posts