Showing posts from November, 2015
Show all

November 22, 2015
My fear for you, my son while holding you closest to my heart listening to your mild heartbeat My fear for you, my son Is the world turning into a void full of people without remorse or regret You walk and giggle all the pure delight shining through you You hold my fingers tight while exploring room to room touching new things, objects of your fascination dancing with your favorite nursery rhymes and building structure with colorful blocks you say broken words, made up words no language puts barrier no religion clouds your simple thoughts and pleasure exploring the world as it is and not make believe by the idiotic adults My fear for you, my son while feeding you a squeezed orange smearing your face with my clumsy palm that you will grow up in a world receded to the time of medieval feuds where the cries of oppressed and dispossessed are laughed and jeered at with beguiling farce
Post a Comment
Read more

November 22, 2015
A night like any other night A day like any other day Trudge along the spiteful blight Dimming the golden ray Of hopes and dreams Simmer under the scorching sun While the sliced moon beams Over the trembling swan As the birds and the bees Fly away from the raging fire Engulfing flowers and trees In desiccated dire Premonitions of a day When badge wearing humans Dissipated into bashing gray Ash, everlasting doldrums! All the anger and hatred Thrown at the dehumanized souls Becalmed at last in kindred Spirits of acquiesced ghouls
Post a Comment
Read more

Pray for Paris. Pray for Beirut 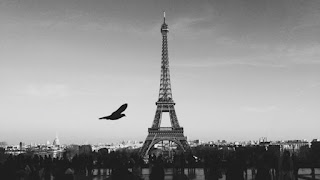 Pray for Paris. Pray for Beirut, Baghdad, Istanbul Pray for all the dead, dying, injured Pray for lost innocence, End of hatred Pray for children Your, mine and refugees' Who will inherit this world Gone mad with shameful indifference!
Post a Comment
Read more

On This Remembrance Day 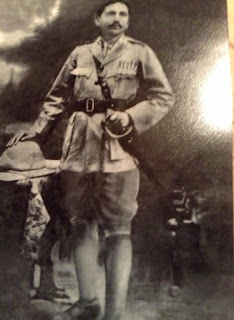 Freedom is never free, someone said, and the poet Czeslaw Milosz said, "The living owe it to those who no longer can speak to tell their story for them." Remembering all the fallen souls who sacrificed their lives to make this world a better place. Ultimately, senseless wars and violence have the great potential planting the seeds of more wars and violence of the future, but sometimes to protect the innocents and humanity brave souls embark on the difficult journey. I can't even fathom how brave one must be staring down the barrel of a tank or crawling through the fields of mine to rescue the stranded human beings. My maternal grandfather, Moniruddin Ahmed, was one of those brave souls, a world war warrior fighting for the Allies, shoulder to shoulder, combat to combat, along with his British and Indian Army comrades in Europe, who died too early. Today, on this remembrance day, I salute his sacrifice and the sacrifice of countless many like him, regardless of creed, rac
Post a Comment
Read more

November 04, 2015
Tahmina Anan, the critically-acclaimed writer of A Golden Age, a well written novel that I had the pleasure of reading some years ago, is bold and brave pointing out the key issues surrounding the growing murderous criminality in Bangladesh. She rightly observes the following in her The New York Times article : "Even if the intelligence shared by America and Australia is right about Bangladesh, that is only part of the battle the country now faces, because the threat to pluralism doesn’t come exclusively from outside our borders.     It comes every time someone questions a fellow citizen and asks whether his version of Islam is the real one. It comes when people first appear to condemn the death of the bloggers but then qualify their condemnation by saying that the bloggers may have, after all, offended the faith. It occurs when we accept the casual racism directed at minorities, whether they are Hindu or Shiite or from one of the indigenous communities.     Those who thre
Post a Comment
Read more

November 01, 2015
Such a loaded word justice as if it has any real meaning when words get torn out  ripped asunder  from pages of dusty books countering the crooks  becomes only a daydream of gullible poets and writers who are haunted  by the phantom menace The words dance  in the cloud and the mind alike, where the ferocity  and calculated grin arising from shadowy goon swoon over the pen a writer holds on his hand thinking to write the next word  or not, instead catching  the bubbles of silence floating mid air   Justice not served as justice denied a father's agonies is heard from afar  travelling across Ethernet like a category five hurricane brooding on the ocean calm tears, reminder  of a storm, havoc in waiting
Post a Comment
Read more
More posts